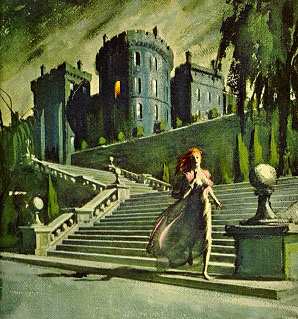 I inherited this predilection for spooky, Gothic, or suspenseful stories about heroines in danger. My favorite of all time is Dracula...